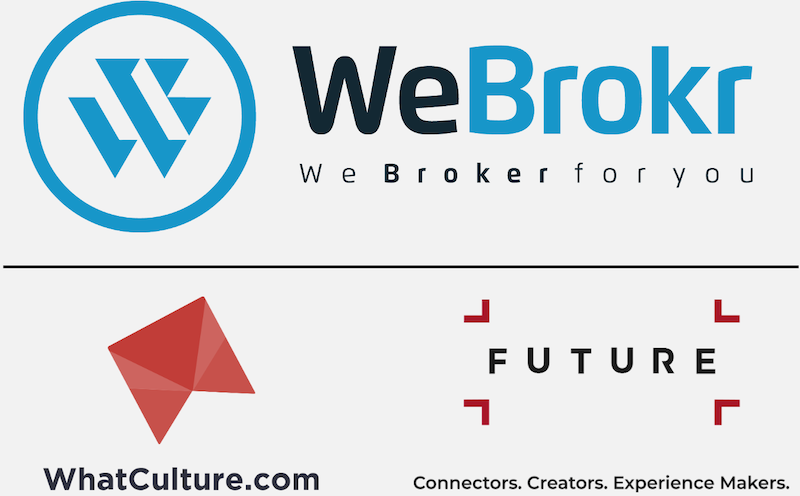 WeBrokr is delighted to announce the successful acquisition of WhatCulture, which has been acquired by publishing-giant Future Plc. WhatCulture was founded in 2006 by Peter Willis & Matthew Holmes under the banner ‘Obsessed With Film’. After the company rebranded in 2011, WhatCulture has grown to become one of the largest and most well diversified companies in the entertainment publishing industry. The Company’s portfolio includes 11 YouTube channels with over 8m subscribers, as well as the highly trafficked WhatCulture.com, which accounted for over 8.5m visitors in February according to SimilarWeb.

WeBrokr represented and advised WhatCulture from listing through successful completion.

“We are very excited to announce the successful Sell-Side representation of WhatCulture. Peter & Matt were able to successfully build & scale one of the most reputable – and in my opinion – unique brands within the highly competitive entertainment publishing industry. They were able to find the perfect blend of Web + Video diversification, which takes true talent to create from the ground up. We are excited to witness the continued success of WhatCulture under the ever growing Future Plc umbrella of brands!”

Peter Willis, Founder of WhatCulture, had this to say in the official Future Plc press release:

“We’re really excited to join an organisation like Future which has seen such
amazing success. We have real synergies between our desire to create great original
content for our audiences. Our YouTube expertise combined with their monetisation and platform know-how will realise great opportunities for further growth in this area and unlock real potential across the business.”

Zillah Byng-Thorne, CEO of Future Plc, had this to say in the company’s official press release:

“We are delighted to welcome both WhatCulture and Waive to Future. We look
forward to working with WhatCulture to further diversify our content and revenue
streams.”