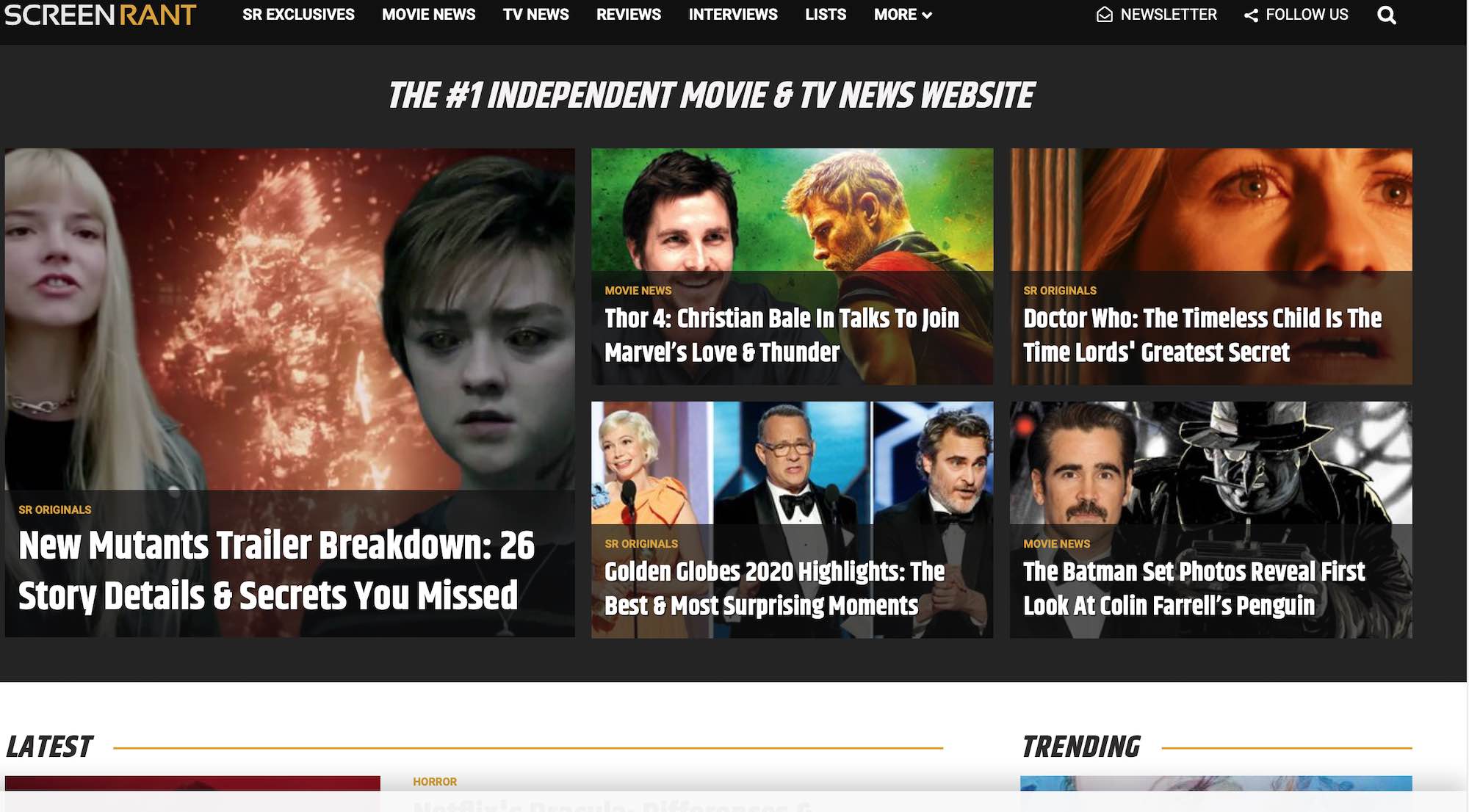 WeBrokr has successfully brokered the acquisition of Screen Rant to Valnet Inc.

At the time of acquisition ScreenRant.com was one of the top 10 largest entertainment publishing properties in the world.

Valnet has grown Screen Rant into their flagship publishing property over the past several years. Screen Rant now ranks as one of the top 500 most visited web sites in the world according to SimilarWeb, generating a staggering 110,000,000 Sessions per month!